The Coalition | Xbox Game Studios | Reviewed on Xbox One X

Gears 5 is the game Xbox One desperately needed. In a world where Halo has stumbled and PlayStation exclusives like God of War, Horizon Zero Dawn, and The Last of Us dominate the narrative conversation, The Coalition single-handedly aims Microsoft’s canons at those titles by telling us a dark, engrossing, and sympathetic story. Even outside the storytelling, Gears 5 builds on the franchise in every way, from character movement to gunplay, to the weapon variety and the level design. Gears 5 is Xbox Game Studios greatest achievement, finally making their move towards their competition’s greatest.

As Gears 5 opens up, it drops the players into a bright, colorful environment, something most fans probably aren’t used to. The lush greens and the blue skies dominate the screen as the characters repel down from their Ravens into the valley. There are so many vibrant environments throughout the campaign, including the open hub worlds introduced in the second and third acts. The ice biome from act two specifically stands out as something unique for Gears, aggressively differentiating itself from the browns and, well, browns from the original trilogy. Though the open hubs aren’t quite as fleshed out as I would have liked, it is interesting to think how they could flesh out those ideas in the inevitable sequel.

Speaking of interesting ideas, one of the newest and most innovative additions to gameplay is the way Jack is utilized. Players can now use Jack in a variety of ways and upgrade his abilities over the course of the campaign. I really enjoyed stunning the enemies, then running to chainsaw them in half. There still nothing like a good lancer chainsaw kill. The gunplay feels like an advancement in the Gears style of cover-based shooting, though I personally think it’s time for a bigger change. I still feel similar mechanics in The Division or Ghost Recon have passed Gears and make more sense in the modern shooter landscape.

A strong mix of new and old characters flesh out the cast, none of them stronger than Kait. As a strong side character when she was introduced with the new class in Gears of War 4, she’s been upgraded to the primary protagonist, and it’s easy to see why. Kait’s internal struggle as well as her external issues with her counterparts really fleshes out not only the war between the humans and the swarm, but the continued political differences between the COG, the outsiders, and the Union of Independent Republics resurgence. Watching Marcus take on more of a mentor/father role for Kait is also heartwarming. Del gets a strong narrative boost as well, becoming more of a real character and Kait’s rock throughout the adventure.

One of my only concerns is that it feels like the campaign ends abruptly, similar to the way Gears of War 4 did. There are so many questions left unanswered. I get that this is the middle part of a new trilogy, but there’s a cleaner way to wrap up a second act while leading players into a third. The twist late in the game’s fourth act is such an important one and hopefully a question that gets thoroughly explored in Gears 6.

Outside of the main campaign, Gears 5 delivers another stellar multiplayer suite. Horde Mode is the standout PVE mode yet again, really allowing players to customize the way they play with cards and an improved class system. It provides an incredible challenge for even the most veteran Gears players. The PVP modes are all back as well. The meta still revolves around wall jumping and gnashers, but it feels way more balanced than it used to. Executions are still just as satisfying, each weapon having their own unique animation, and Boomshotting someone from across the map always puts a smile on my face. I was disappointed, however, that you can’t just pick exactly which mode you want to play like in Gears of War 4. I love dodgeball and would love to just pick it from the Quick Play menu. 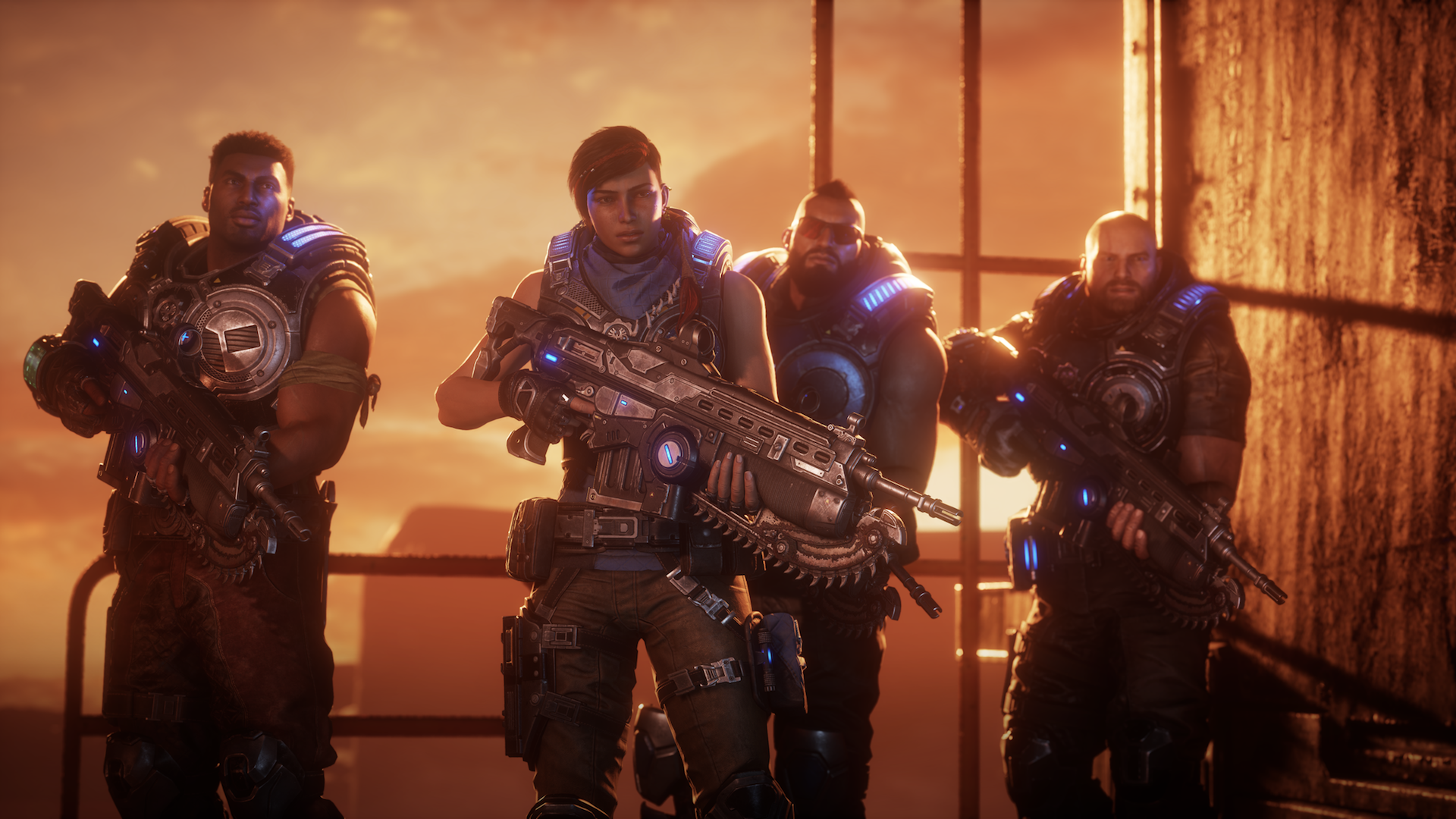 The weakest mode in the suite is the new cooperative PVE mode called Escape. The premise of Escape is to set a bomb off in the center of a hive and escape before the toxic gas catches you. Though cool in theory, the mode is kind of bland. Basically all you have to do is run from the bomb to the door without dying. Creating hives can be fun, but in the end, this mode is worth skipping entirely.

All in all, Gears 5 is Microsoft’s best exclusive this generation. Though that bar is arguably low, except for maybe Forza, this entry to the franchise is a giant step towards taking on PlayStation’s heavy hitters. The characters, story, and gameplay come together in this extraordinary game and has me excited for the future of the franchise. Gears 5 is a must own for the Xbox platform.

Gears 5 is available on Xbox One, Steam, the Microsoft Store, and Xbox GamePass on Xbox and PC.